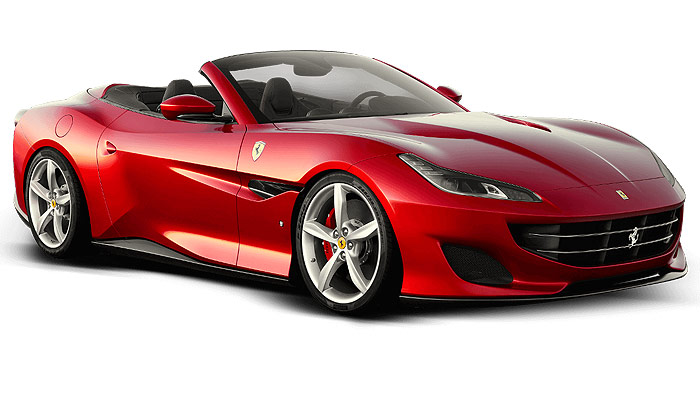 The Latest Supercars to Hit the Showrooms in 2018

The term supercar was first used to describe the Lamborghini Miura which was launched in 1966. Since that day there is no denying that the roar of a supercar engine, without fail, will always turn some heads!

We have come an unimaginably long way since the Miura’s launch in 1966, and have seen some truly unbelievable cars drift into the spotlight. So without further ado, here are our top picks of the latest and greatest supercars set to hit the showroom floor for 2018.


No.1 - The Ferrari Portofino

This magnificent supercar is the latest that Ferrari has to offer and will be replacing the stylish Ferrari California. The 2018 Ferrari Portofino will be debuted at the Frankfurt Auto Show in September. However, the very first owners of this amazing newcomer have already had their pride and joy delivered during mid-July of this year.

The Portofino has a front-mid-engine, rear wheel drive and a folding hard-top roof with four seats in total, two front seating and two seats in the rear. What makes the new model really stand out though is its 592bhp twin-turbo V8 engine, offering 40bhp more than previous models, this combines means the car can go from 0-62mph in just 3.5 seconds and a top speed of 199 mph. For all this the Ferrari Portofino has a cool price tag of £160,000, making it one of the cheapest new models on the market.

The new Aventador S Roadster is the latest from Lamborghini’s legendary collection of cars and was released early 2018. This is the roadster version of the Aventador S offers similar characteristics to the coupe model including the active suspension, four-wheel drive steering and the new “EGO” driving mode. The S Roadster has a rapid 730bhp in a V12 engine, allowing the car to achieve an impressive 0-62mph in 3 seconds with a staggering top speed of 217 mph! And although the acceleration of the roadster is slightly slower than the coupe, due to the increased weight, it can still reach these incredible speeds. Coming in at a juicy £250,000.

The new Aston Martin Vantage is as stylish as it is legendary, with its predecessor having been around for seven decades, going all the way back to its humble beginnings in 1951. The Vantage was release in early 2018 and has been turning heads ever since. The engine powering it is a 4.0-litre twin turbo, V8 engine which develops 510PS and 685 Nm of torque, meaning the luxury car can reach speeds of up to 195mph and accelerate from 0 to 60 mph in 3.5 seconds. All this for the sleek price of £120,900.

So TVR is back with a bang, and we thought it would be rude to not give them an honourable mention in our list. So we bring you the superb TVR Griffith, the debut model of the newly reformed British brand TVR, revived after it went bust back in 2006. Under the bonnet sits a 5.0-litre V8 that produces 468bhp, catapulting the car from 0-62mph in under four seconds. Prices start from £90,000 but production won’t actually start until late 2018 - meaning you’ll have to wait until 2019 to actually get the car delivered.


What do you think of our top picks for supercars to hit the showroom floor in 2018? Would your list be a little different?